When the drums sounded for Linda Ikeji TV and everyone saw trailers like King-Tonto and  Annabel – My life as a former stripper; the excitement spread across  social media, we could not wait to have Linda on DSTV- Finally something interesting that can rival Ebony Life- the only interesting home grown channel on TV- my opinion

More trailers were released- Gidi girls, From Ajegunle with love, Oyingbo wives…. they were crazy, down to earth and somewhat relatable to everyday Nigerians : we could not wait! (at least me, I don’t know about you guys)

The online version of our TV channel will launch this May and I can't wait for you guys to see what we have been cooking. Our LITV site is sick, by the way. So proud of the great team building it. Like I said earlier, I'm hoping LITV will be to Africa what Netflix is to the world. A one-stop shop for all your Nigerian, African Entertainment which will include reality shows, TV series, Movies, TV shows, Documentaries and so much more. We will launch small and grow from there and hopefully, in a few years, we will be a force to reckon with in the world. But biko, let me say something I'm not sure I've said before. There's a subscription fee; you will pay us a small token monthly or yearly to access all the amazing shows we have lined up for your entertainment. That way, we can keep the business going and bring you more never-before-seen type of TV content. Thanks guys for all the love over the years!

Just in case some guys may have missed her point she made it clear in her Instagram post that she was set to be the Netflix of Africa.
According to her post “Netflix and chill! Linda ikeji TV and..? Linda Ikeji TV is looking for the best catchphrase!”

Cable TV is still popular but online streaming is the future, Linda Ikeji indicated that the DSTV version of her channel will be launched later in the year, but said the online channel which would reach the world was more of a priority to her.

After about a year, we are finally ready for you to see some of what we have in store for you. I'm so nervous I swear! Lol. But please go to lindaikeji.tv to see some of our content. But bear in mind, that what you see now on the site is just 1% of all that's coming. Foreign, African, Kannywood series and movies are still coming. I just needed us to launch now and continue to upload great content for you guys to enjoy.. Please support your girl by signing up and do let us know what you think…of course, only if it's positive…lol. Go to lindaikeji.tv now. And you can also down the LITV android app at Playstore or just go https://play.google.com/store/apps/details?id=tv.lindaikeji.app The IOS app is coming in a few days. Enjoy guys!

She also indicated that her company, Linda Ikeji Media, has also bought quite a number of TV series and movies from independent producers which her subscribers will enjoy on the Linda Ikeji TV platform; but first- they must cough up a cool 1000 naira for monthly subscription to her channel

Mo Abudu was not going to watch Linda take her throne as Africa’s Media mogul.
Ebony Life TV already famous for hit series like The Wedding Party, Fifty and others launched Ebony Life ON ( EL ON) – a streaming service. The launch date was July 1st barely one month after the launch of Linda Ikeji TV. To attract new users to the app a new hit series Castle and Castle debuted exclusively on ebony live on.

We are super excited to introduce EbonyLife ON, our video on-demand service, to an international audience from July 1st! Part of the exciting content that will be available on the platform is a new EbonyLife original series – Castle & Castle, Nigeria’s first legal drama. Starring Nollywood heavyweights Richard Mofe-Damijo, @mofedamijo and Dakore Egbuson-Akande @dakoreea audiences will get the chance to enjoy this quality show that tells stories about complicated family dynamics and the legal industry for a token of N150 (Nigeria)/$.099 (worldwide) per episode. Please note: Subscription opens to viewers in Africa from July 1st, 2018. Go to  www.EbonyLifeON.com to watch #CastleandCastle. #Ceelebrating5Years #EbonyLifeON #150NairaPerEpisode #500NairaMonthlySubscription

Linda Ikeji and MO Abudu are now head to head as they both own streaming services… How do they match up? 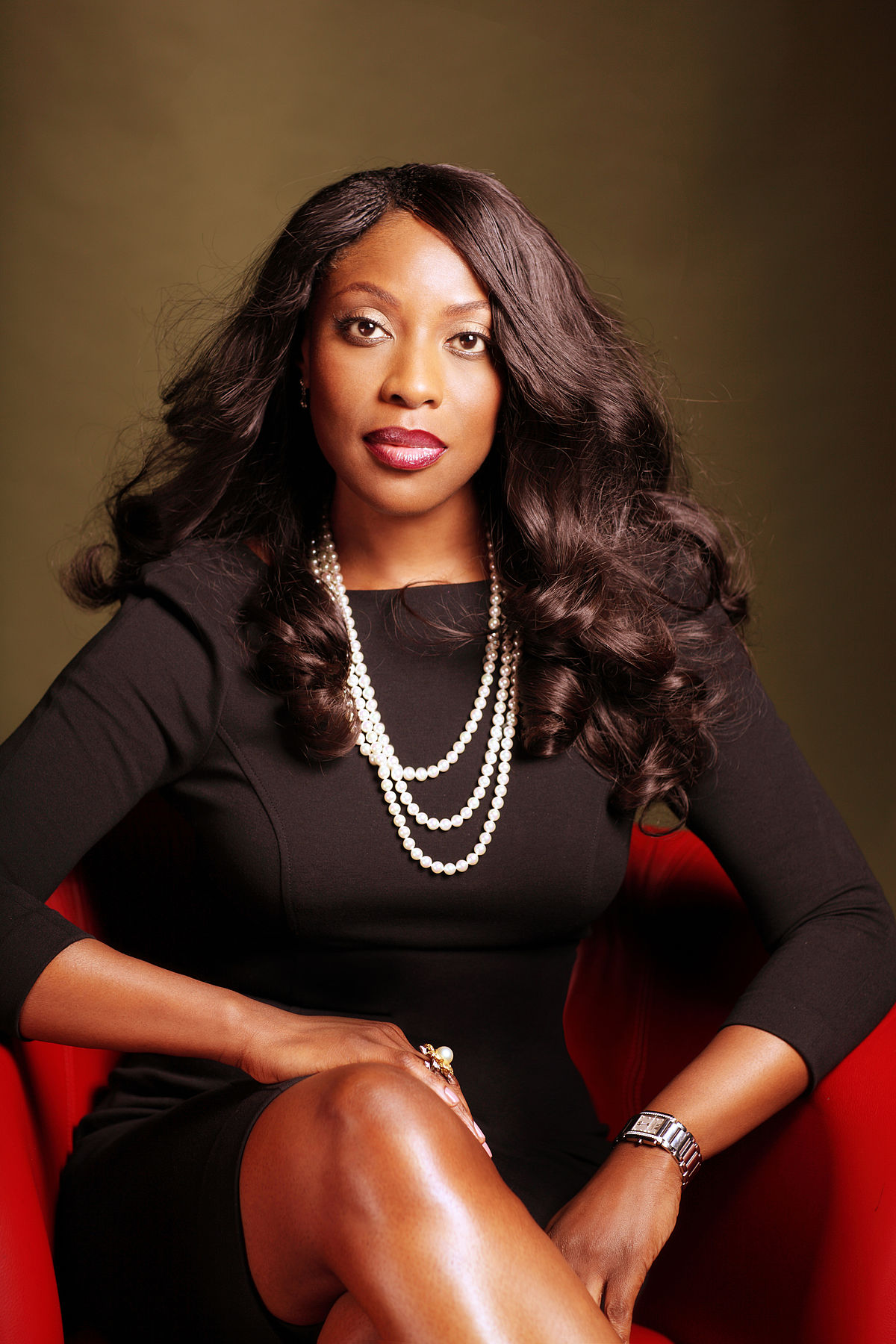 Mo Abudu’s Ebony life is reputable for producing world class shows, beyond the shores of Nigeria she is referred to as the Oprah of Africa.
Her hit show Castle and castle, available only on mobile is  Nigeria’s first legal drama series and its made to world class standards.
Subscribers  to EL now app would pay 500 per  month and an extra 150 naira per episode
EbonyLife last year partnered with Disney to co-produce “Desperate Housewives Africa,” which drew rave reviews across the continent. And in the fall, Abudu acquired the rights to “Dynasty” and “Melrose Place”

She recently got a three year production deal with Sony on the Dahomey female warriors
https://www.instagram.com/p/Bg5t2pygpkY/?taken-by=moabudu 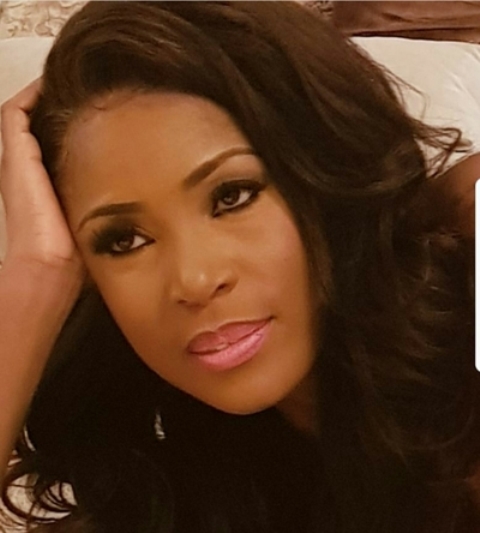 But her shows are also so real, so raw and very relatable.  If Mo Abudu is showcasing the  beauty of Africa to the world, Linda is putting a spotlight on the harsh realities  in our country with shows like from Ajengule with love, Annabel – the former stripper and very recently – IKOTA a slum within a city

There's a place in Lagos called Ikota. Until you go there, you won't believe a place like that exists in a Cosmopolitan city like Lagos. 'Ikota' – Slum in the City, coming soon on LITV. Watch promo above… . Join us on lindaikeji.tv for the best of Nigerian TV and reality shows

Ikota: Slum in the City, will start showing exclusively on lindaikeji.tv today! It's a must watch!

Linda is promoting to her almost 2 million Instagram followers who are responding with great interest and her promos have received rave reviews. A monthly subscription is valued at 1000 and gives access to all the shows, reality TV and entertainment.

Linda Ikeji and Mo Abudu  are called to two opposite ministries- While MO is selling Nigeria’s beauty untold to the world. Linda is shedding the light on issues around us for Nigerians to see.

Mo Abudu is definitely the undisputed queen of Nigeria’s media scape, but she should not sit easy on her throne because younger Linda is taking really giant strides. 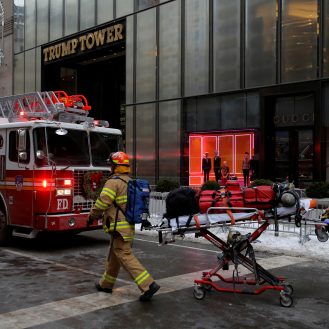 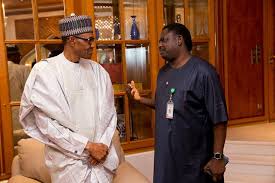 5 Nigerian news headlines that would make you laugh or cry 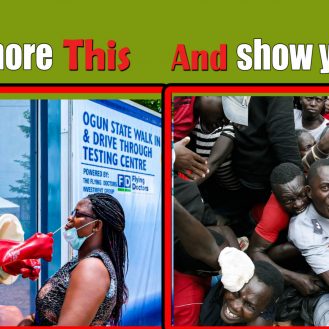