Bolt was not done, 15 minutes later it was a brace- The media frenzy started, the tweets, the accolades, the praise. As many celebrate his goal just a few has seen his struggle and failures as he tried to conquer the world of soccer

Usain Bolt, an eight-time Olympic champion and the world’s fastest man has been training hard on the soccer pitch, begging for someone to believe in him.

For me, it’s a big deal,” he told the Herald Sun in April. “Everyone feels like I’m just kidding around, just joking, but I’m serious.” 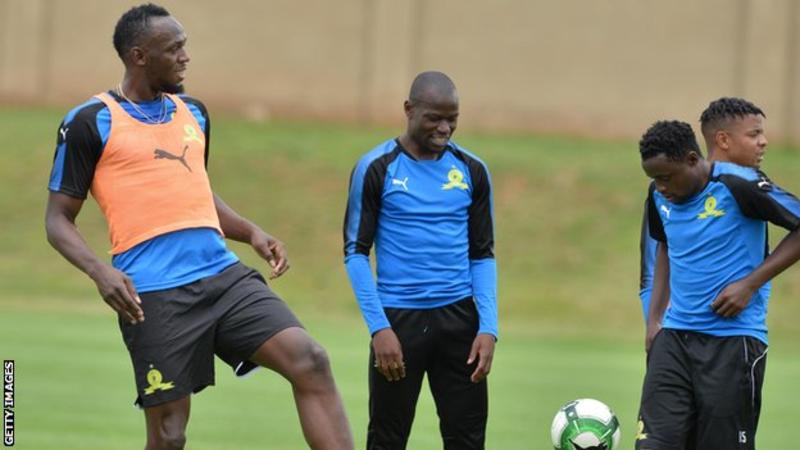 After a few training sessions, Bolt and the club coach agreed he needed more training.  The transition from athletics to football is tough, but he thanked the club for the opportunity to train with the squad.

“It was a good game, a fun day and I really enjoyed it. I told the coach when I get back to Jamaica I need more training because I’m unfit.”

Then he moved over to Germany to train with Borussia Dortmund, but the coach was unimpressed 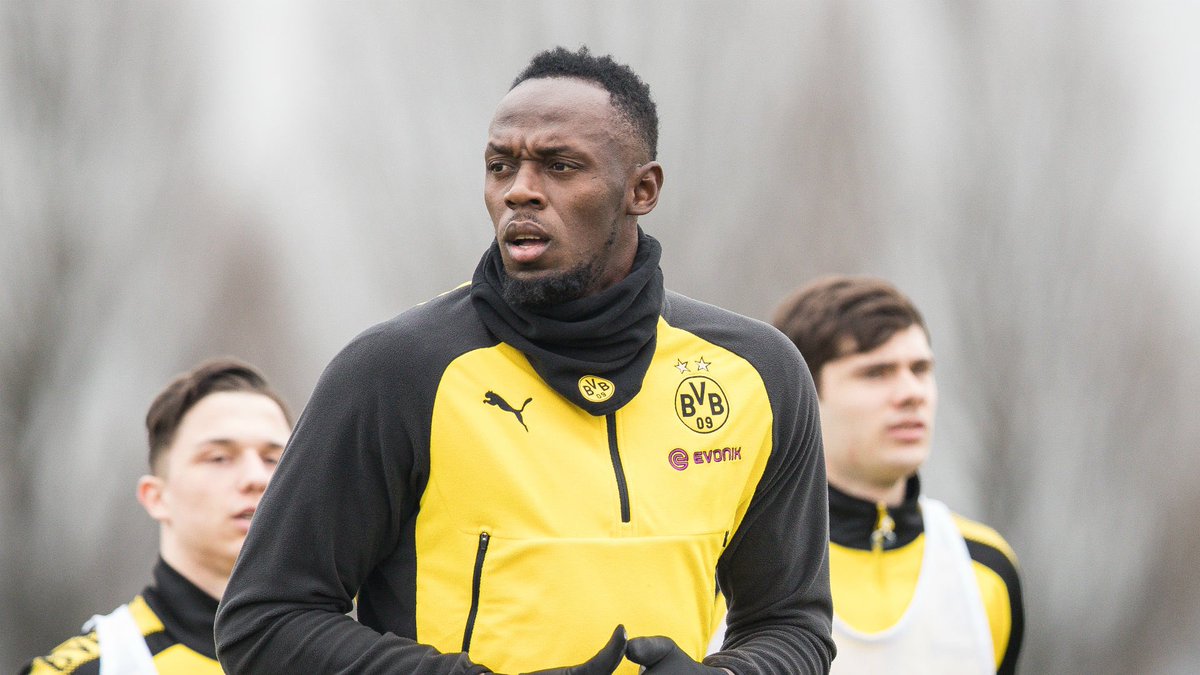 “It’s all about procedure and movement, but the most important thing is that he had fun.” Stoger said.
“I think he is talented, but when he wants to play at a higher level, he clearly has a lot of work to do. The physique he needs for his other sport is completely different from what he needs for football, but it was really fun for us. ( damn, some serious shade right there. 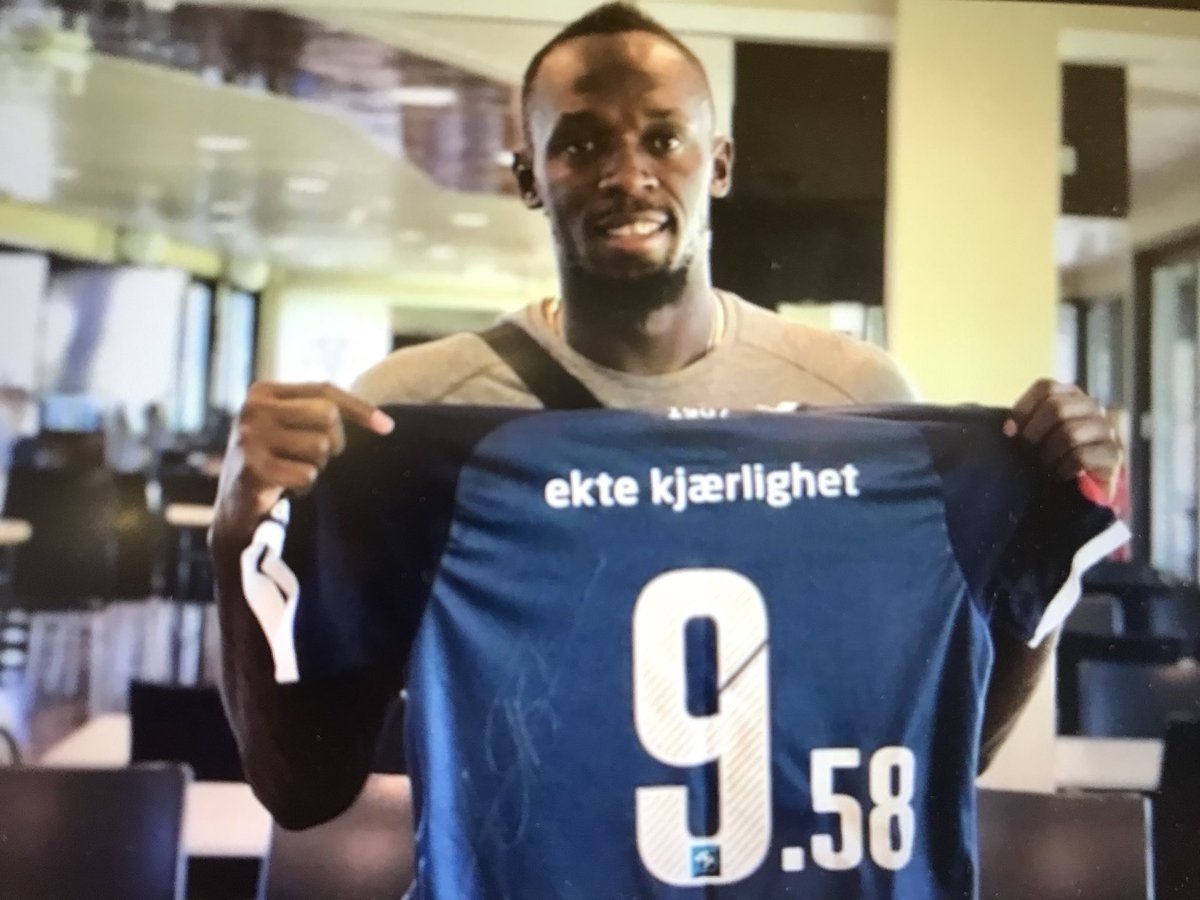 After a week-long training, he did not have much success either. It was reported that Bolt was only given 20 minutes to play for the club against Norway’s national U19 team. The young players aged 19 and under won by a score of 1-0.

“I wanted a chance to use my speed,” Bolt told newsmen “These are 19-year-olds. I’m sure I’m faster than they are. I was very frustrated.”

He only got the ball two or three times, though, and lost it. “He didn’t contribute much today,” reported Tobias Christensen, a top player for another Norwegian club.

His final stop was with The Australian team- Central Coast Mariners 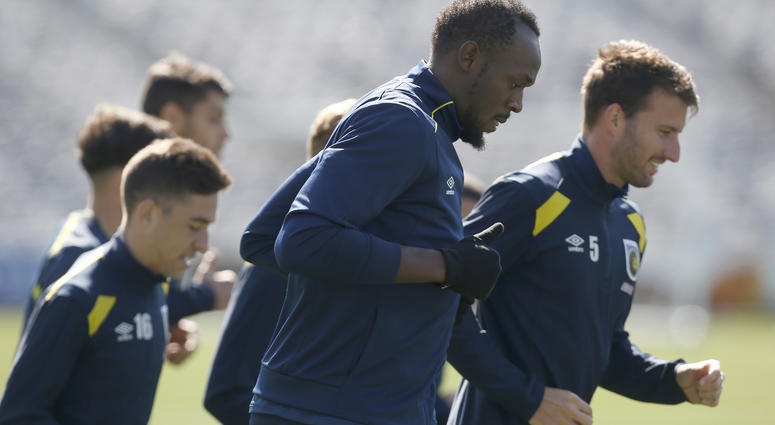 Bolt, 31, did not get an automatic contract, but would be with the club on an indefinite trial. Central coast Mariners are presently at the bottom of the Australian league

Fans of the game greeted news of Bolt’s turn to soccer with skepticism, labeling it a “disaster,” “ridiculous” and farcical’ Some called Bolt’s recruitment a publicity stunt by a league struggling for legitimacy after an underwhelming season.

Bolt demonstrated he is serious about his ambition

He arrived at Sydney airport alone, his manager was already there ahead of him. There was no fanfare, waiting press, or large entourage- he wanted it that way. The club welcomed him like every other new player but had to pay for extra security

The Mariners are hoping to turn him into A-League material in time for the start of the 2018/19 season in late October. Former Australian international Robbie Slater who was watched his friendly games and training sessions said he still had plenty of work to do. 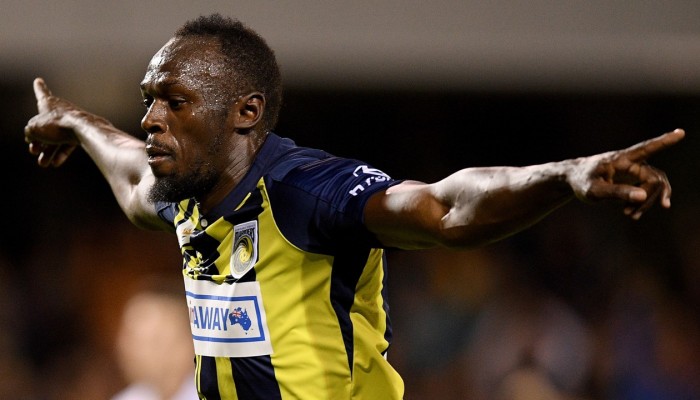 After a few weeks of playing with the Central Coast Mariners- he scored two goals in a friendly against MacArthur South West United. There is excitement about where his soccer career is headed, but also some skepticism.

Whatever happens from here it’s a humbling story; A champion who submits himself to the life of a rookie- training, rejections and close doors. He would not live on his past glory, he would go for more #inspired 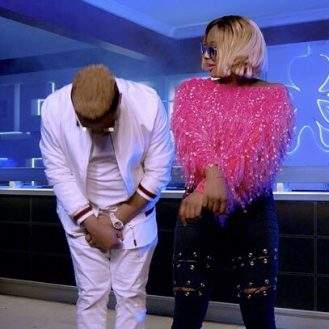 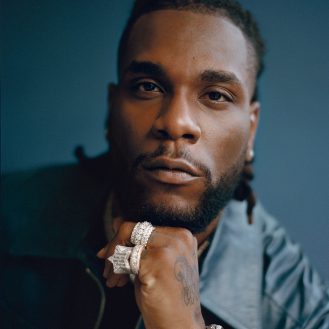