Last night a truck veered off its track, falling off the flyover at Ojuelegba, Lagos and landing on pedestrians and vehicles.

According to multiple reports “the driver was trying to navigate the bend on the bridge when its gravity first pulled the body of the truck down and its head followed.” Casualty figures have not been fully verified, but according to PREMIUM TIMES, the bus was carrying plywood.

Killer trucks  are one of the major problems Nigerians have to contend with and its every man’s job to protect his own head. That’s because previous incidents have not served as a wake-up call to Governmental authorities- check out the statistics:

JUNE 2013
One person was killed while two others were seriously injured when a truck carrying a container lost control and crushed a hawker of bread in the traffic jam.
The accident, P.M.NEWS correspondent gathered, occurred at the old toll gate area of Sango in Ado Odo/ Ota Local Government Area of Ogun State, southwest Nigeria.
The driver of the truck which was coming from Lagos could not control the vehicle when its brake failed and as he was trying to avoid some big pot holes on the road, the container fell off and killed the hawker on the spot. Eye-witnesses said the bread seller’s head was crushed beyond recognition.

Realizing the gravity of the incident, the driver was said to have immediately jumped down from the truck and bolted, but he was caught by those around the scene and handed over to the police. 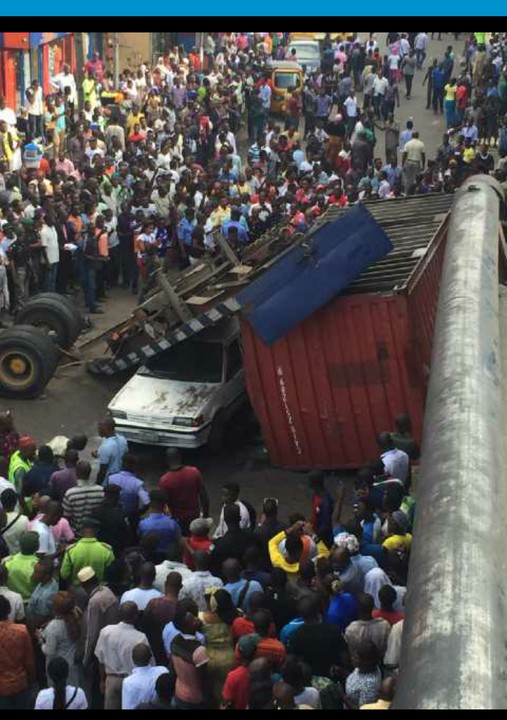 Huge crowds gathered at Ojuelegba when a trailer fell off a bridge. and according to eye witness reports and photos, the heavy duty vehicle landed on an SUV and saloon car killing three people in the process

AUGUST  2016;
A container truck fell on a car along Ikorodu road, Shomolu Local Government area of Lagos State.  The Lagos State Emergency Management Agency (LASEMA), at the scene of incidence confirmed the death of one person during the accident. 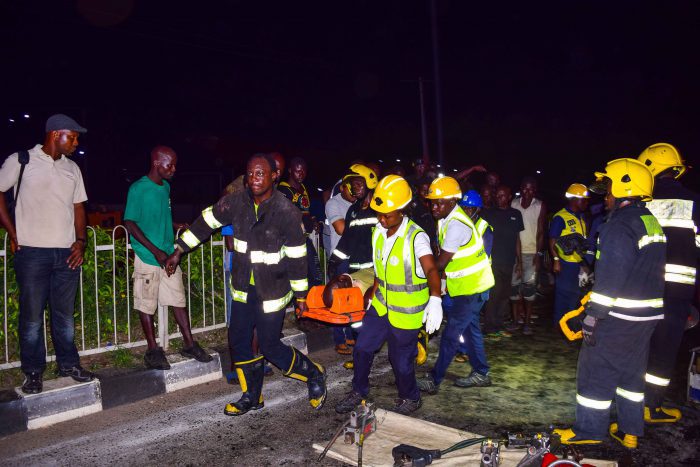 One person was confirmed dead after a trailer conveying a 40-foot container fell at Motorways bus stop, outward Lagos-Ibadan expressway.
The trailer, with registration number LSD 379 XT, developed a mechanical fault and fell on the road leaving the driver and motor boy trapped, according to the Lagos State Emergency Management Agency.

The trapped driver, Olatunji Akande, was rescued and taken to the trauma center for treatment the agency said, while his motor boy, identified as (Lekan) was confirmed dead and was handed over to the State Environmental Health Monitoring Unit (SEHMU). 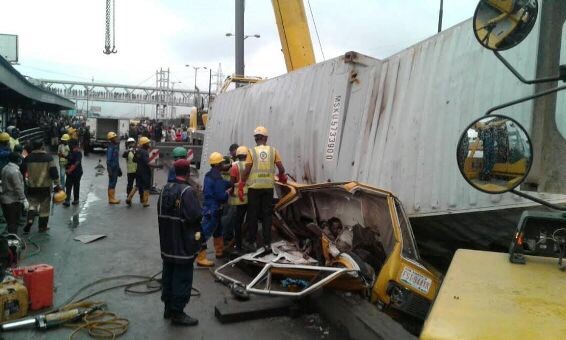 No fewer than five persons lost their lives in the early hours of Saturday after a truck fell on a bus in Ojota area of Lagos.

It was learnt that the occupants of the bus were church goers returning from a monthly vigil. The truck with Reg No. FST 944 XR was carrying two 20ft containers when it fell on the bus. Mr. Adesina Jamiu, the general Manager, Lagos State Emergency Management Agency who confirmed the accident said that three other passengers were rescued

Why does this happen and whats being done about it

After the Ojuelegba truck accident of 2015, the FRCN zonal commander was quick to blame the truck drivers for driving under the influence and over-speeding.

But further investigations has revealed that the FRSC officers are also culpable;

Some FRSC officials collect bribes from drivers of worn out truck and allow them to put such vehicles on the road.

Chairman of the maritime haulage association spoke to TVC in 2015, he said that trucks are targeted not for road-worthiness  but bribes and financial settlement. He says they use large sticks to break their glass and windscreens.

The Truck driver association of Nigeria lamented to a TVC reporter that the  Road safety officials can be high handed and demand bribes in the pretense of routine checks. Sometimes these officials take away their plate numbers and ask them to redeem it at the station

Association of Maritime Truck Owners (AMATO) embarked on an indefinite strike when they were asked to restrict their movement to night times. They cited security reasons and the fact that ware houses don’t open at night

As the blame game and buck passing continues, it’s clear that its each man to himself. Where you can, avoid these trucks and keep a safe distance. if you cant- maybe stuck in traffic with one scary trailer by your side ; say a prayer. 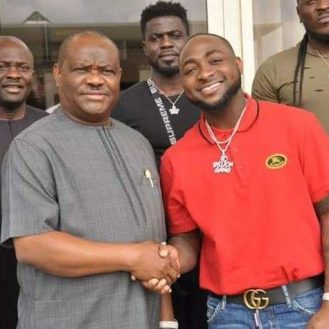 Nigeria decides 2019: Davido would be campaigning for PDP 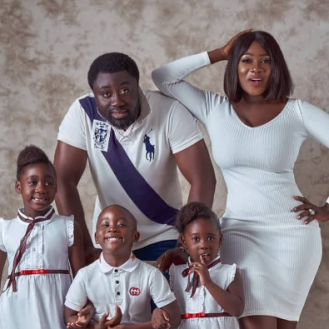 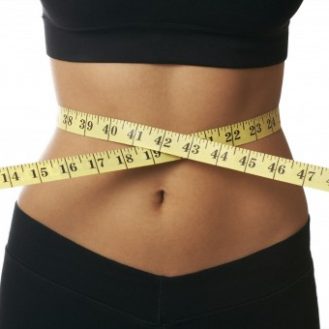