Michelle Obama left the  white house with unprecedented celebrity status. Everyone wants to give her a plane, a yacht, a private jet….plus they are not doing badly off their own pockets.

Past American presidents and notable politicians like Bill Clinton and George Bush make wads of cash from public speaking; Michelle Obama is no exception. Over the course of her husband’s presidency, she distinguished herself as an excellent speaker and has earned the right to receive as much as $200,000 for one speech. 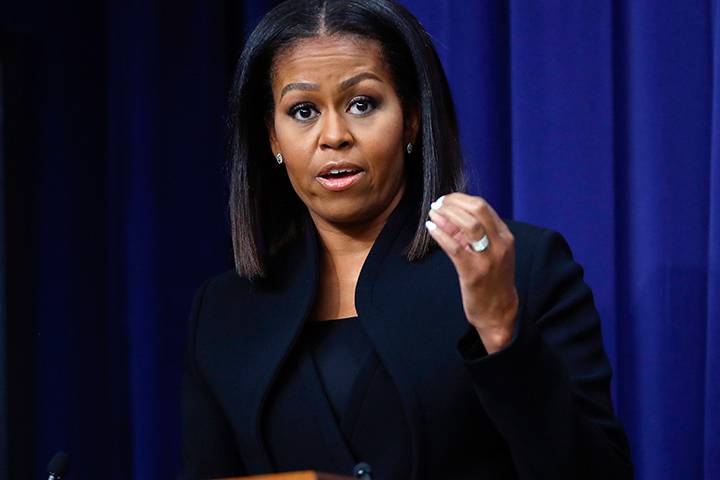 Last year she had a good number of sold out speeches within America and Toronto. This year, she spoke in Montreal recently and has another fully booked session in Vancouver.

Her husband is not doing badly, last year Barack Obama reportedly pocketed a staggering £2.5million (€3 million) for delivering a speech to a sold-out audience in Milan as part of his lucrative post-presidential speaking tour #sopaid

With all that money being made, and the celebrity Status they have attained, don’t expect to see the Obama(s)  in a commercial flight near you.

According to the Daily Mail, Former President Barack Obama used a private jet and a 14-car convoy to transport him to a conference in Milan where he spoke about food security and climate change.

Obama’s detail also include a helicopter that provided security from the air.

Critics seized on the massive logistical effort and the attendant carbon footprint that is a by-product of Obama’s trip.
Obama made the most of his two-day trip to Italy by reportedly staying at a sprawling $20,000-a-night hilltop villa in Tuscany and a five-star hotel in Milan.

He reportedly took over two floors of the Park Hyatt hotel – where presidential suite rooms cost almost $10,000 a night. Obama still has access to some secret service and a team of assistants. 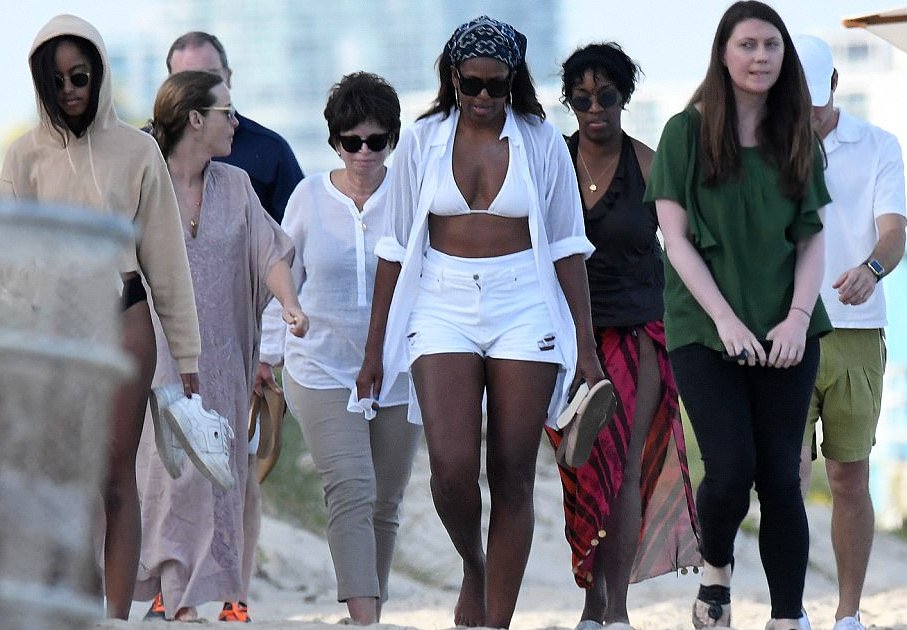 She recently spent part of her holiday weekend in Miami with her eldest daughter Malia for a mum and daughter bonding while in sunny Florida, her holiday outfits are casual and relaxed.

In may 2017, She was spotted in the town of Montalcino in Tuscany, Italy, Obama wore the ideal casual outfit for sightseeing, and we’re totally smitten.

Three months later in August, Michelle Obama also took a Solo Holiday to a Spanish island of Palma de Mallorca. as a guest of the former United States Ambassador to Spain James Costos and his husband Michael Smith.

But their biggest vacation was immediately after the handover– Obama whisked her off to Sir Richard Branson’s Caribbean island of Necker, and flying in on Sir Richard’s private jet.

With room for 34 people and a staff of 100, Necker rents for $80,000 (£64,000) a night – but it was unclear whether the Obamas were paying. A spokesman for Virgin Limited Edition – which manages the luxury holiday end of Sir Richard’s empire – told The Telegraph they could not disclose whether the former first family had paid or not.

They moved into an 8,200 square foot house in the exclusive Kalorama neighbourhood of Washington D.C. after they left the white House. – Their neighbors are Jared Kushner and Ivanka Trump. Amazon founder Jeff Bezos also lives in the area. Need we say more? That’s your Banana Island equivalent in Nigeria.

But Michelle put it casually to Ellen.  We live in a neighborhood down the street from the white house. I picked out the house with the help of my team. The Obamas needed to stay in Washington to allow their second daughter finish high school.

The doors of the house would be changed to bullet proof doors and secret service would be posted just right outside their homes. Even the neighbors are going to be scrutinized. well, the former president is your neighbor. 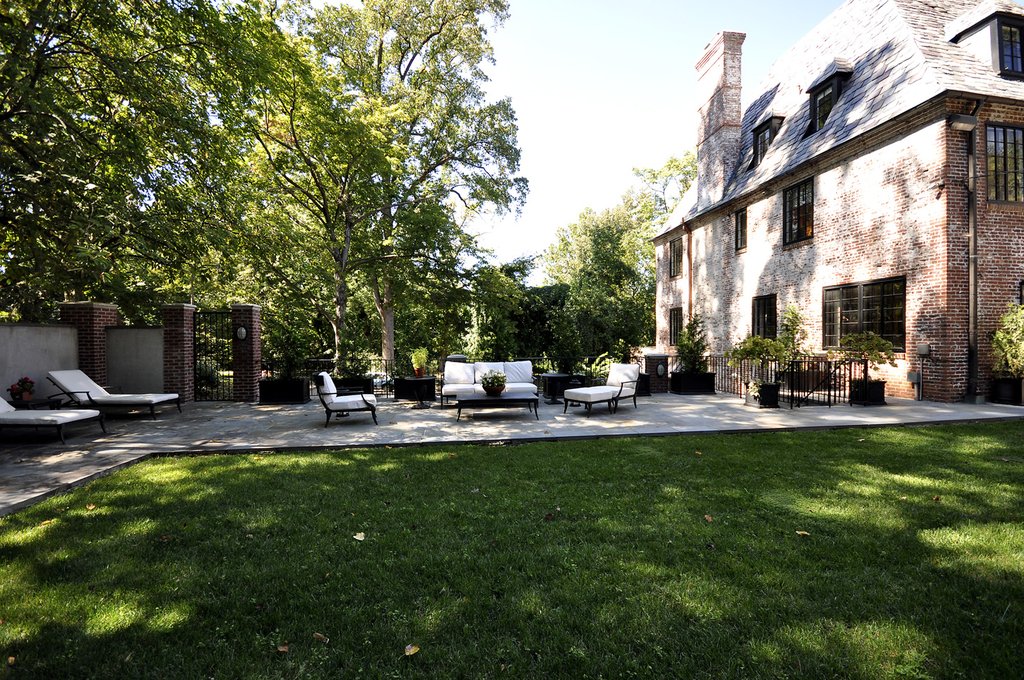 It feels a bit different outside the White house;

She spoke about this on the Ellen show. It feels different to have a door bell that actually works, people are usually shocked when I answer my own door bells

The dogs bow and sunny don’t know what a door bell is, so the bell rings and they go like, I have never heard that before.

He got short-changed on his room, complains he does not have enough closet space. He got the smallest room for his office. His second daughter Sasha has the largest space in the house.

Malia has a room up in the Attic somewhere cos you don’t invest room spaces on college kids according to Michelle. 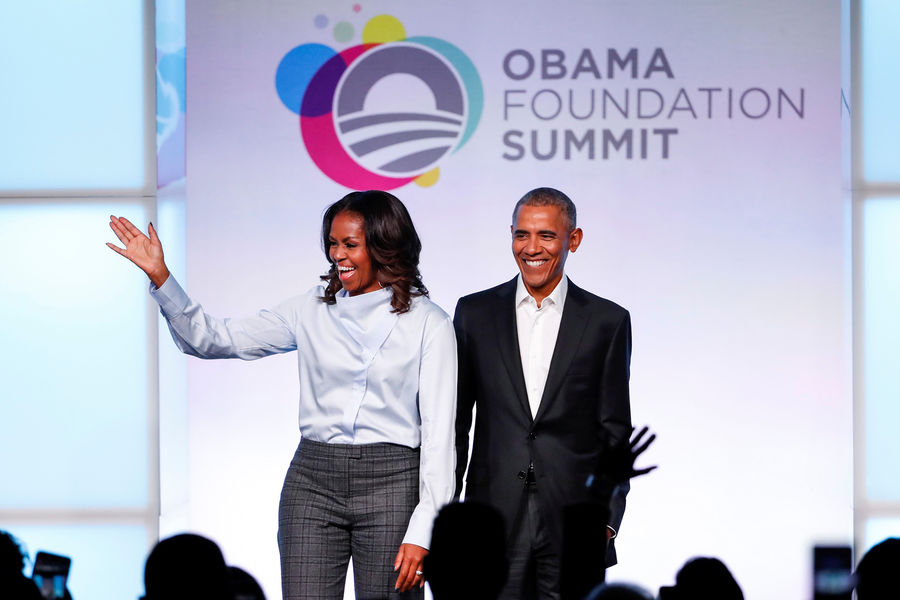 Michelle and Barack are doing everything to groom the next generation of young leaders. They are calling more young people to get involved, believe in their ability to make a change

On their twitter feed, they are regularly promoting young people doing great things, while encouraging others to take the lead. They run the Obama foundation together.

Staying positive in a Trump Administration

In her conversation with Ellen DeGeneres, Michelle Obama offered an optimistic view, despite the rancour.

“People are afraid but then there are people who feel good about the direction of the country, so I mean, that’s what makes this country complicated because it’s made up of so many different people from different backgrounds,” she said. “I mean, we are this mosh pit of society and sometimes there’s a rub.”

“We show empathy, we care for each other, you know, we do have a lot in common. That’s what it means to lead with hope and not fear,” she said. “And that’s all we have, is hope.” 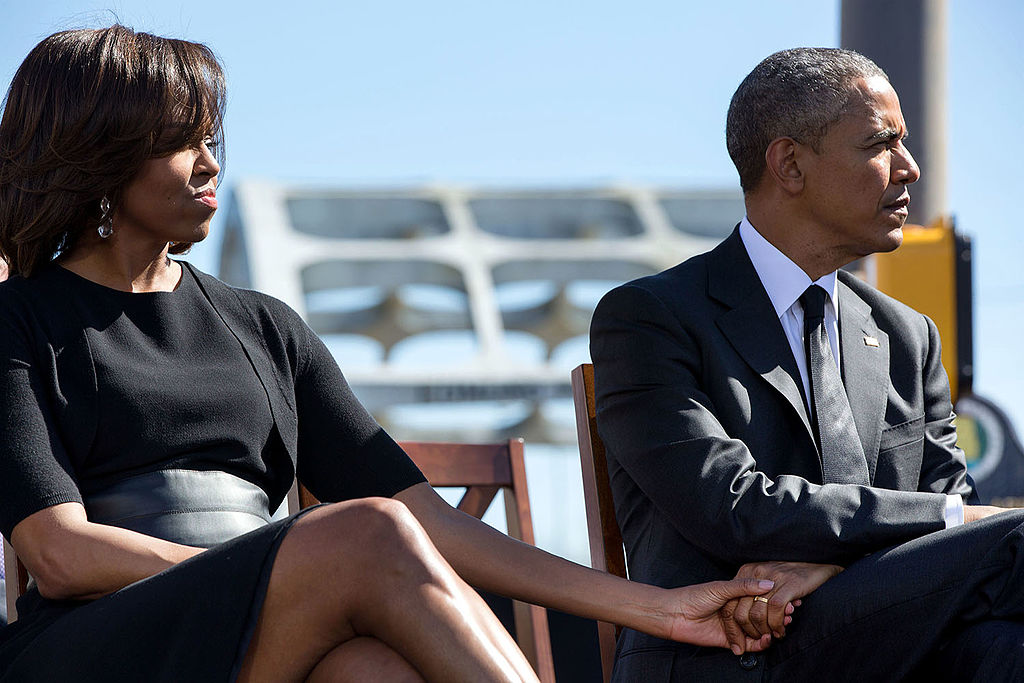 I just love this picture of them together. 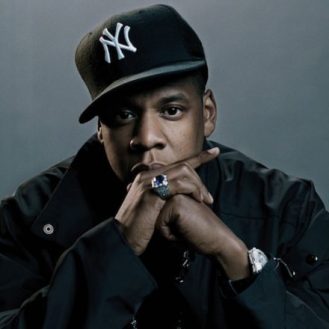 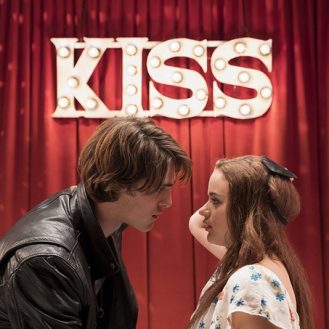 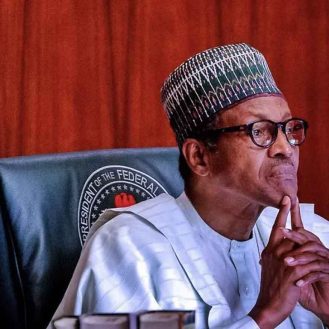