A thin line that runs through the Korean peninsula dividing it into North and South. It’s a line of hate that have divided a nation of people with the same language, same facial features and similar descendants. 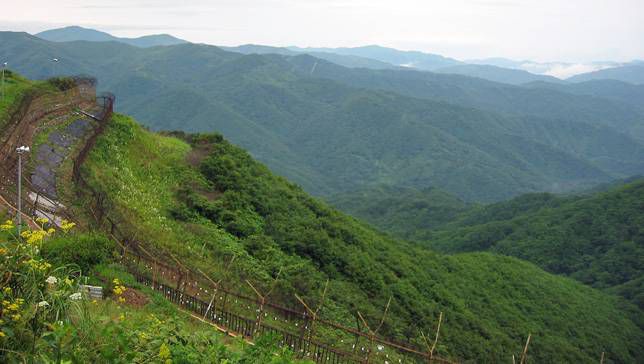 65 years ago, North Korean crossed the 38th Parallel in a declaration of war 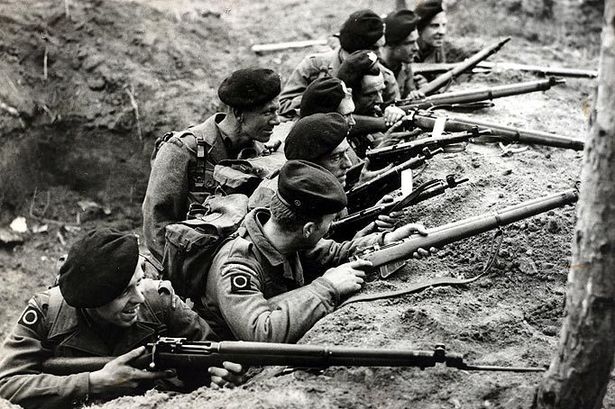 North Korean supreme leader Kim II sung ordered an invasion into South Korea to reclaim the whole of the Korean peninsula. They were backed by other communist countries – Russia (former soviet capital) and China.

South Korea fought back; they were backed by the United States, Britain and other Capitalist countries.

The battle lasted for 3years and ended in a stalemate. Neither side was able to deliver a knockout blow. 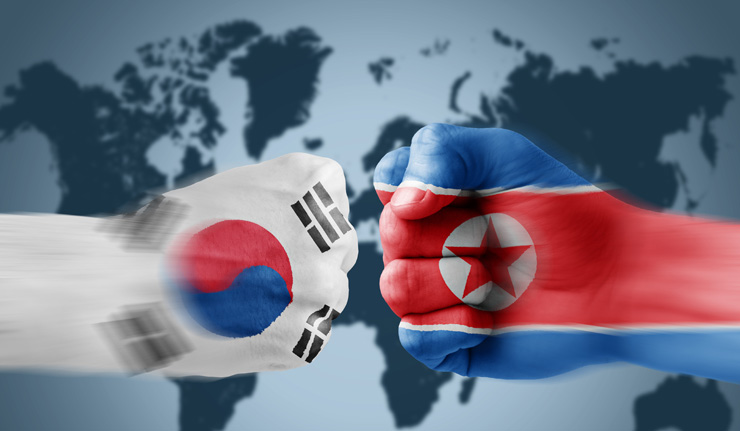 The North and south with all their supporters signed an armistice; that means the war is not over, but let’s cease fire for a bit.

North Korea slipped into a totalitarian dictatorship ruled by the same family since 1953, a hermit nation.  Kim II sung birth a son Kim Jong II who continued his reign of terror when he died

The Most dangerous boarder in the world – North / South Korean Boarder 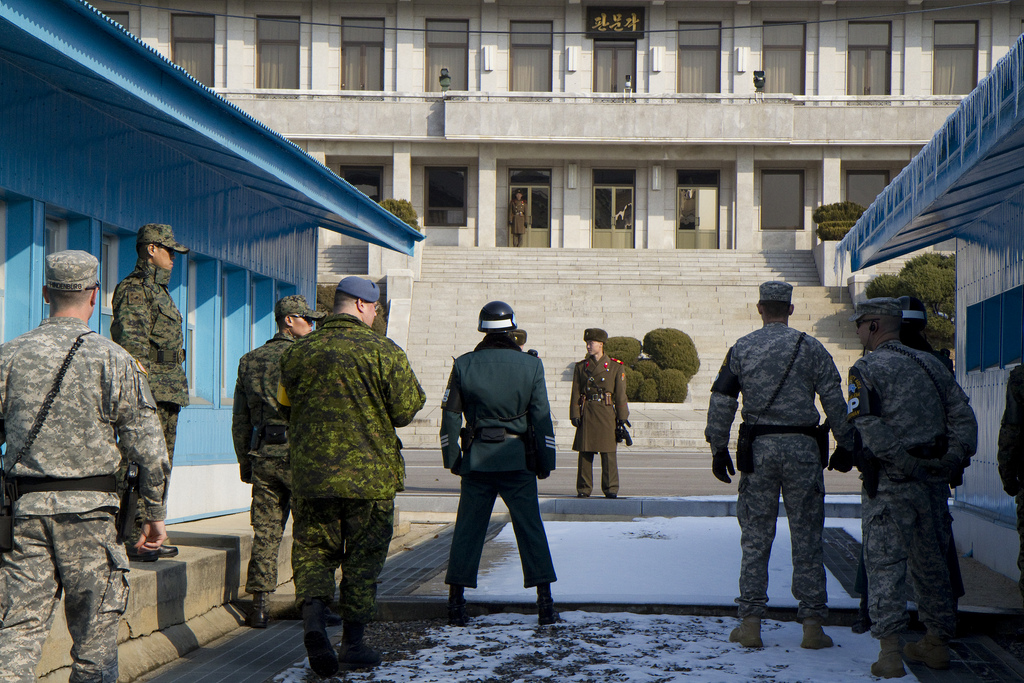 Ironically called the Demilitarized zone; It’s fully loaded with military officers ready to fight at any time, it’s been that way since 1953

For some reasons, tourist from all over the world love to come and take a look at the action, they are advised not to point or make any hand gestures- and of course warned to be ready to die from enemy action- they still visit anyways.

Drums of war rise and fall 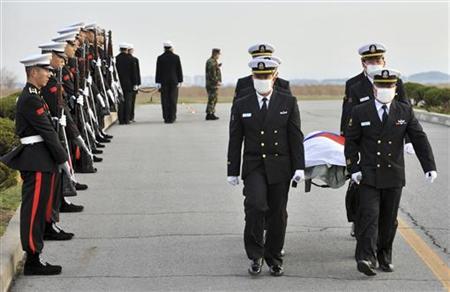 Navy personnel carry the body of Petty Officer Seo Dae-ho, one of the 46 missing crew members of the navy corvette Cheonan that sank on March 26, at the Second Fleet Command of Navy in Pyeongtaek, south of Seoul April 15, 2010. REUTERS/Seo Dong-Il/Korea Pool

In 2010 a South Korean naval vessel sinks, killing 46 sailors on board. A month later, South Korean researchers conclude the cause was a North Korean torpedo.

Summarily, there were multiple skirmishes between the two regions, but an all-out war was never declared between the North and South after 1953.

He is the grandson to the Korean leader who started the war (Kim II sung). Like his grandfather, he is aggressive, ruthless and a complete totalitarian. His nuclear ambition has put him at odds with South Korea, United States and the rest of the world. The request from the world to him is simple- stop the production of nuclear weapons. 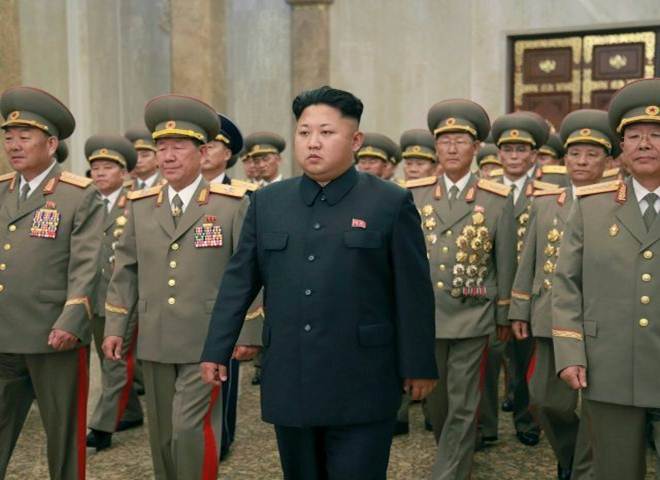 Three United States presidents could stop his nuclear ambition. Sanctions and isolation did not help either. Today North Korea is a nuclear power

Back to war formations;

Kim-Jun UN threatened South Korea’s protectors- America. He threatened to fire a missile that would land at the United States mainland. Donald Trump responded with fire and fury, The Rhetoric between the two nations got heated.

The threat of world war three was highly imminent. The Americans, Japan, South Korea, Australian on one side. China and Russia were on the opposing sides ready to support North Korea ….just like in history

Coming in, a bit late to the party: Moon Jae in, 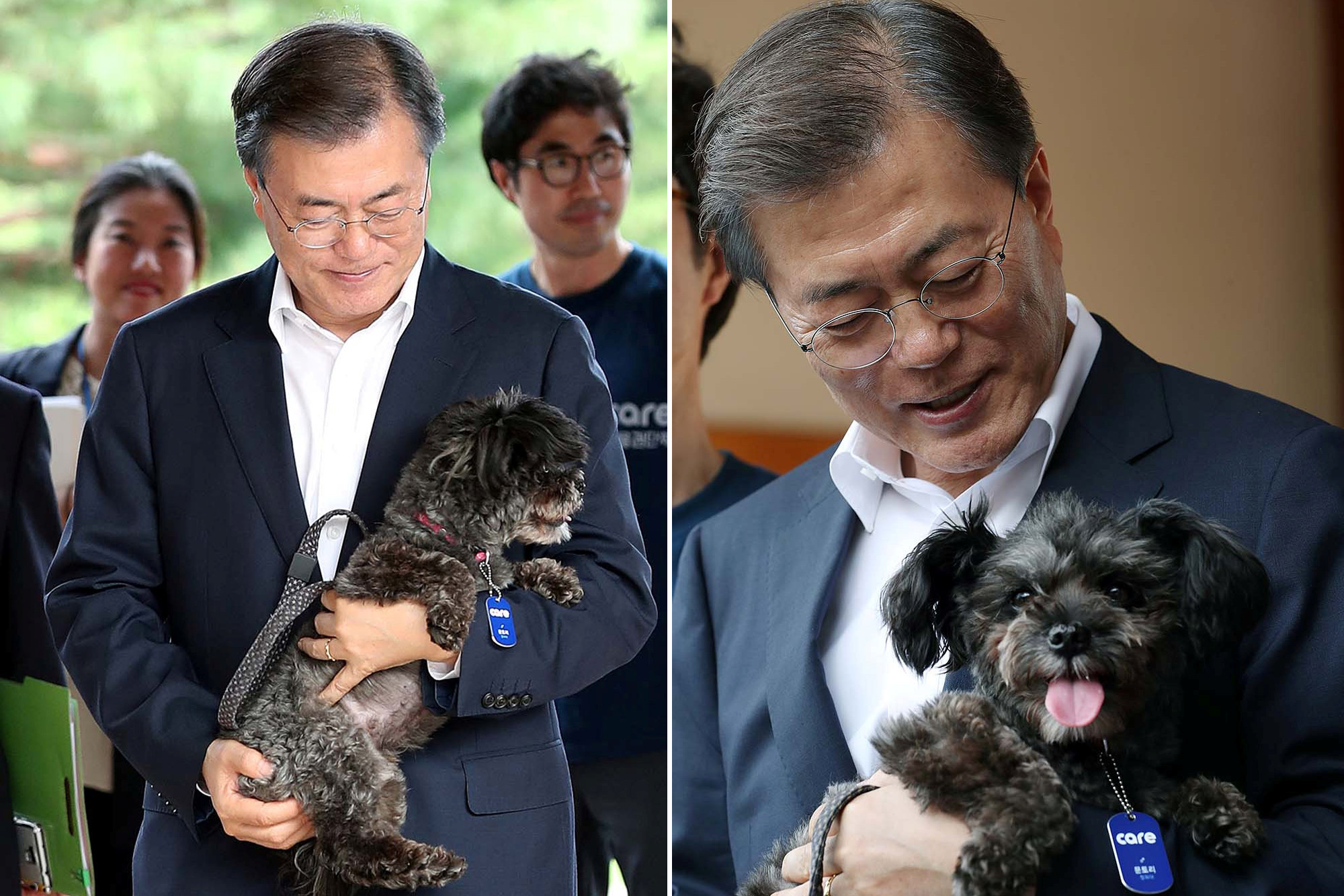 After South Korea’s previous president Park Geun Hye was impeached, a new president stepped in. he was a man of peace.  He quickly extended an olive branch to North Korea.

South Korea was hosting the winter Olympics. President Moon of South Korea proposed a unified team of the two Koreas at the Games. He also suggested that North Korea could co-host some of the skiing events.

The International Olympic committee also sat down in their boardroom;

If Olympics is to promote intercontinental unity, then North Korea must come to the games. They added some pressure to the hermit nation.

In order to increase their chances of qualification, the IOC offered to support North Korea with equipment, accommodation and travel to qualification events. In addition, they arranged a wild card in case no North Korean athlete qualified for the games. 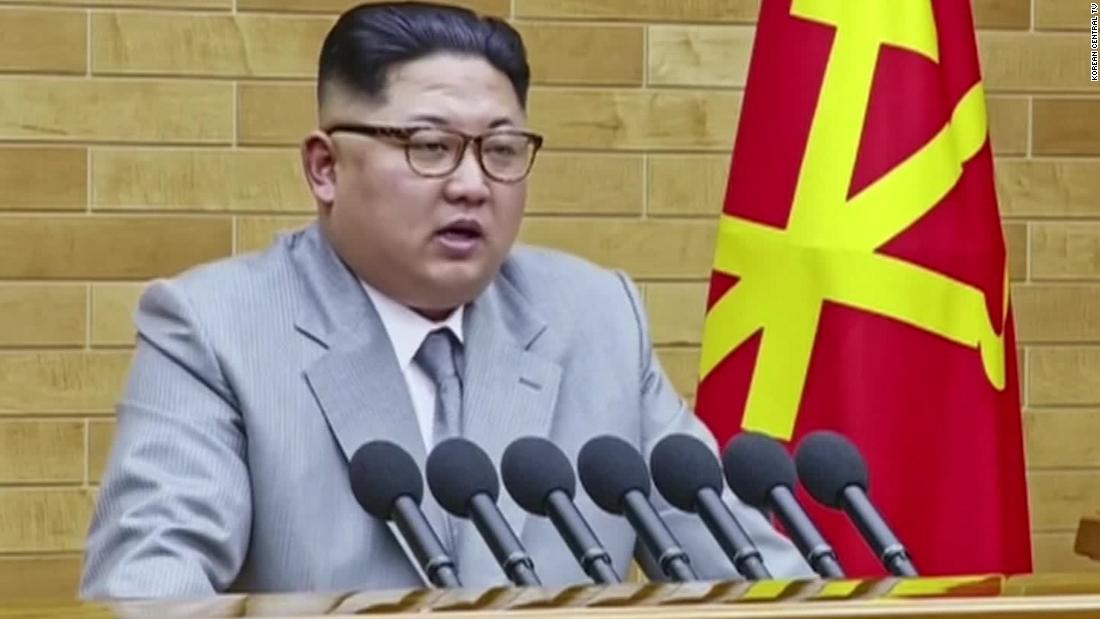 In his New Year address, Kim Jun-Un sounded very positive. He offered to enter conditional talks with South Korea with the offer of potentially sending a delegation to the upcoming Pyeongchang Winter Olympics in South Korea.

Inter-governmental talks followed.  the teams representing North Korea and South Korea will enter the opening Ceremony marching under the Korean Unification Flag, while in women’s ice hockey there will be a single united Korean team.

Not everyone is happy…

Some South Koreans were upset, they still remember some recent history of violence, especially the downing of a South Korea aircraft during the 1988 Olympic Games. Why Should North Korea be given a last minute chance when South Koreans have been rehearsing for the Olympics for the past three years.

At the Olympics opening ceremony, One United North and South Korean team made their way out with one flag. 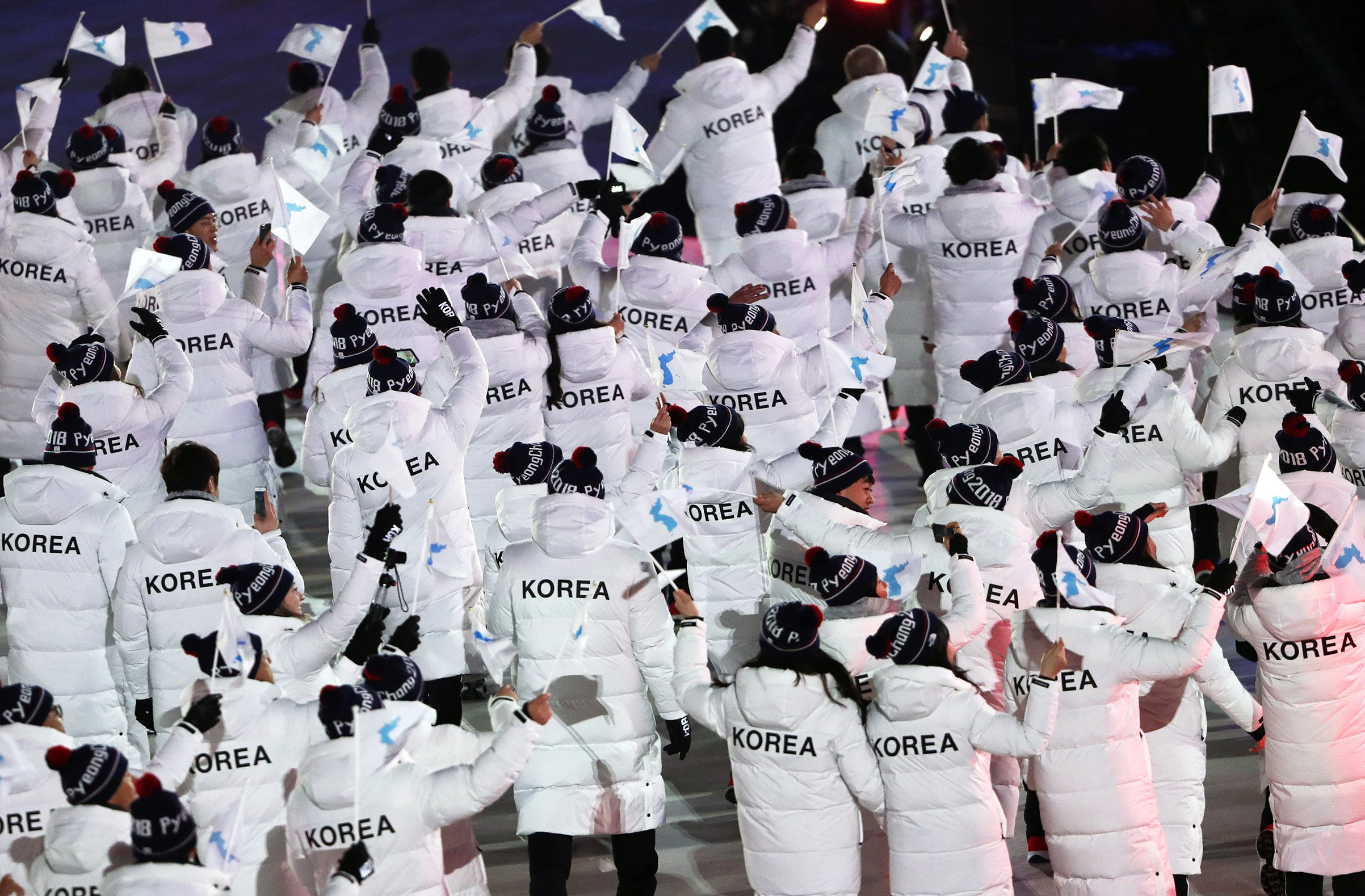 The world cheered at their homes, on applause was high on the side-lines, and the future beamed with hope that someday the 38th parallel line would be removed from the Korean peninsula and North and south would reunite. 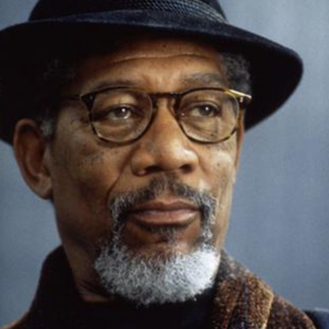 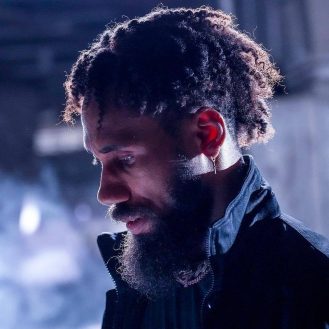